Thank you for thinking of Mundikat!

Mundikat publishes a magazine that is published 6 times a year. The Mundikat Magazine is a full color magazine with a wide reach. The magazine may offer the opportunity to our advertisers and other cat-related companies to publish a press release. The editorial staff of the magazine decides on this.

Mundikat organizes various events. We greatly appreciate your attention and support. You can request press releases from Mundikat events by contacting pr@mundikat.nl. We can also put you in touch with the right people within the federation when it comes to interviews or, for example, additional information or possibilities.

You will find a link to our main Social Media pages at the bottom of the page.

After its founding in 1976, joining FIFe was high on the agenda. After two long years, Mundikat was accepted as a full FIFe member in 1979. This made the Netherlands the second country with two full FIFe members after Austria. In the early 1980s, attempts were made to bring Mundikat and Felikat together in a federated context, Felis Neerlandica. However, this attempt failed, as a result of which the Netherlands and Austria remained an exception within FIFe.

From the beginning, Mundikat has been an active and progressive association. An association that favors limited but useful rules that are verifiable. Clear and transparent rules, which the members can use well.
This credo was therefore one of the ideas behind the founding of the association.

As an active association, Mundikat has an impressive record of merit. Over the years she has made many contributions to catfancy. For example, Mundikat organized a FIFe world show twice, in 1996 and 2006. She also contributed to the recognition of the following varieties and color varieties: the Turkish Angora in cream with white (1985), the Oriental shorthair in fawn and cinnamon and the British shorthair golden tabby (1990), the recognition of the bengal (1998), the recognition of the Sphynx and blue golden British Shorthair (2001), the Oriental Shorthair in bicolor (2003), Siamese and Balinese in fawn and cinnamon point and the Ragdoll in red, cream, torties and tabbies (2004) The most recent recognition is that of the Seychellois or the Siamese with white in 2006.

Mundikat is aware of the social changes around it. Thanks in part to participation in organizations such as the catfancy consultation platform (OP) and to the responsible pet ownership platform, the association is well informed and contributes to important changes. A demonstration of the progressiveness of Mundikat resulted from the adoption of the OP regulations in 2000, which introduced the mandatory Felv test, one of the reasons behind the establishment of Mundikat. It showed that the association was open to and fully participated in the changing spirit of the times. For example, Mundikat has also contributed to the OP publication “Beautiful and Healthy” plan of the Elimination Approach or reduction of unwanted hereditary characteristics and / or disorders in purebred cats (2002). The opening of FIFe shows to independent showgoers, the so-called open door policy (1995) of FIFe, also comes from Mundikat.

This short history does not do justice to the entire history of Mundikat and to all the people who contributed to it, but hopefully it gives you a brief impression of the lively history of this association. 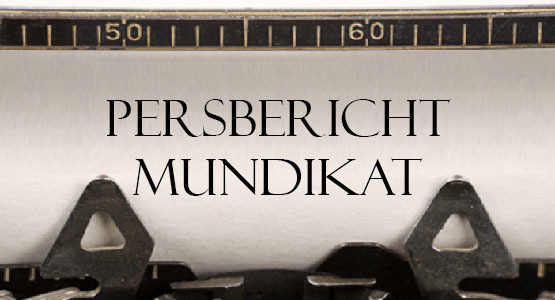 We request that you contact the PR Working Group of Mundikat.
Email: wepr@mundikat.nl